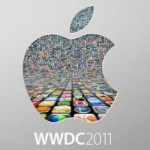 Today kicks off the Apple Worldwide Developer Confernce with a Steve Jobs keynote. As usual the rumors are running rampant. However, rather than dabble in speculation and regurgatating rumors, I'd rather just focus on my wishlist 🙂

The things I'd like to see Apple Announce today:

As usual it's anyone's guess as to what Steve/Apple will announce. The iCloud stuff and iOS 5 is pretty much a lock. It will be interesting to see what it all really means. I'll be back after the keynote with my take on what actually gets unveiled.