On The Job Countdown to Lion

There might be an iPad version of your Favorite App 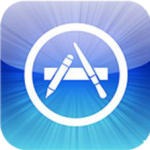 I've had an iPad since day one and nothing makes me happier than to see an iPad version update for one of my favorite iPhone Apps. While the vast majority of iPhone/iPod touch Apps work on the iPad, it's soooo much better when there is a native iPad version of the App that takes full advantage of the iPad's screen size and capabilities. This is better than relying on the "screen doubling (2x)" feature that basically blows the App up to the iPad screen size. This usually results in bad looking text and other pixelization.

There are basically three kinds of Apps on the App Store:

The original iPhone/iPod touch Apps were designed around the screen size of the iPhone and iPod touch. Like I said, these Apps usually work just fine on the iPad, but they also usually look really bad when screen doubled on the iPad. You can always run them at their normal size, but then it's a small app running in a window. Facebook for iPhone running on the iPad. They haven't released a native iPad version yet and they don't appear to even be working on an iPad version. Even Apple's own Apple Store App is currently an iPhone/iPod touch App and hasn't been made to be iPad native to date.

iPad Apps are designed to work on the iPad ONLY. These Apps won't even install on an iPhone or iPod touch. TiVo App for iPad. There is no iPhone/iPod touch version to date.

Lastly there are Universal (+) Apps that are designed to work on ALL iOS Devices. These Apps work and look good on iPhone/iPod touch and also take advantage of the iPad's screen size. HBO Go is a FREE Universal App that works natively on iPad, iPhone and iPod touch

The problem is that developers take different approaches to releasing iPad compatible Apps. Some developers make Universal Apps. These are my favorite because you get one App that works on everything. However, some developers choose to release Apps on both platforms instead of making a Universal App. Usually this means that the developer wants to charge a higher price for the iPad version and that's fine because it's up to you to decide if you want to pay that price or not. Also it means that the iPhone/iPod touch version is usually cheaper.

The one scenario that bugs me is when a developer makes two versions of their App and both are FREE! This is the one that I don't understand and this is the one that frustrates me because there is no way for you to know that that the iPad version is available. If the developer makes a separate App then there is no way for your current iPhone App to alert you that the other App exists unless they build that in as an Ad or special alert. Lately I've been stumbling upon iPad versions of Apps that I had no idea existed because I was still running the iPhone/iPod version on my iPad and they didn't make the iPad version a Universal App. Recent examples for me were Grocery Gadget Free, Bank of America for iPad, Cardstar for iPad,  and iheartreadio for iPad. All of these Apps have both iPhone/iPod touch versions AND iPad versions. All of these Apps are FREE. As soon as I discover them, I immediately download them to my iPad and dump the iPhone/iPod touch version from my iPad.

The only justification I could come up with is to keep the file size of the Apps down. Otherwise???

I wish I could end this post with a magical way of finding out if there is an iPad version of your favorite App, but sadly I don't have a method other than manually searching the App Store. Best to stay tuned to bestappsite.com for continous App reviews and perhaps you'll see iPad versions of Apps that you didn't know existed.