The iCloud Dilemma – the Good, the Bad and the Ugly 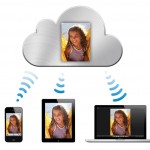 In case you haven’t heard MobileMe is going away at the end of this June and is being replaced by Apple’s new free service called iCloud. We’ve already covered some of the alternatives for the features (such as iDisk) that won’t make the transition over to iCloud. In this post I’d like to concentrate more on what you get, what works, what doesn’t work and more importantly some things you may lose in a mixed environment. Thus far I’ve had zero problems with my switch to iCloud. What I mean by that is that the features of iCloud have performed as advertised and to date I’ve not had any sync mishaps, lost data or any other notable problems. I moved my MobileMe account over to iCloud and my Contacts are all syncing nicely between my Macs and iOS Devices. My calendars came over and although I did have to “reshare” them, they are also working and syncing fine including Tasks. I even started using iCloud to backup my iPhone 4s. While I didn’t see any real advantage of using iCloud to backup up iDevices at first, I quickly realized that with all the new wireless support in iOS 5 that I’m not plugging my iPhone in nearly as much and while WiFi sync does do backups, I’m not always leaving my Mac awake when I dock my iPhone for the evening. Because of these infrequent connection to my Mac I figured that it was probably safer to have my iPhone automatically backup to iCloud every night when I plug it in to charge as opposed to every blue moon when it syncs with my Mac. So the “Good” of iCloud is that so far for me it’s working and I’ve had less problems with it than I’ve had with MobileMe syncing and it’s FREE. While I can praise iCloud for working as advertised, there is still the problem of services that were lost in the transition. While I had already replaced my use of iDisk with Dropbox, what I didn’t take into account were other Apps that use MobileMe to sync such as Transmit. Transmit is my FTP app of choice and it has a great feature that allows you to sync your Transmit Favorites with MobileMe. When you switch to iCloud you lose this ability. Granted this is something that Panic can overcome by either making their App sync with iCloud or Dropbox, but in the meantime my Transmit favorites are no longer syncing between my Macs nor are my Keychain items, Dock favorites or other settings.

Documents – iCloud features the ability to sync changes of iWork documents between devices. However, where this currently falls apart is that it doesn’t work between Macs. If I put a Keynote doc in iCloud via my iPad, it’s there on my iPhone and I can change it. However, the current desktop versions of the iWork Apps don’t know anything about iCloud. While this will probably get corrected in the next iWork update, that update is currently no where to be seen. The biggest problem I see with iCloud is the Mac OS X Lion requirement. I have moved a few of my Macs, actually most of my Macs to Lion. However, there are a couple that won’t be upgraded to Lion anytime soon. These Macs are happily running Snow Leopard and have nothing to gain in an upgrade to Lion (other than iCloud support). So this means that I lost Contact, Safari bookmarks, etc. syncing on these Macs. I can’t think of a single technical reason why Apple couldn’t have made iCloud work on Snow Leopard. After all they even support iCloud on Windows Vista! It just seems odd that iCloud only works on the most current Mac OS, but works fine on the “previous” Windows OS.

Photo Stream is another “ugly” thing about iCloud at the moment. The concept of Photo Stream is great. Sync all your pics between devices and iCloud. However, every one of my friends that turns this on immediately says “hey I didn’t want ‘that’ picture sync’d! Is there a way to eliminate pictures from Photo Stream?” Right now the answer is NO. Rumor has it that Apple is going to allow you to hide individual pictures from Photo Stream. If that’s true, that’s great. What I can say is that in its current form, it’s basically unusable. I don’t want every singe picture I take or screenshot I take on my iPhone sync’d to iCloud. After about 10 minutes I turned Photo Stream off and didn’t look back. My suggestion would be to have a Photo Stream “Album”. Whatever pics you place in this Album would then go to Photo Stream. Simple solution and it would give us complete control. Granted it wouldn’t be as automated as Apple would like, but at least it would mean that I could use it. Another reason this would be best is that I don’t always want the “raw” photo seen. Perhaps I want to do some edits to it first. Then when I’m done I could place it in the Photo Stream album.

For New Mac or iOS Users, iCloud is GREAT! I love iTunes Match too. However, for those long time Mac users or users moving over from MobileMe, you will be losing a little more than you probably thought at first. While you don’t have to move to iCloud right now (or ever) you will be losing MobileMe in less than 6 months.

9 Responses to The iCloud Dilemma – the Good, the Bad and the Ugly