Mountain Lion Server Is So Easy 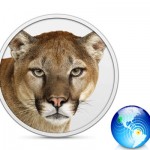 I’ve been a user of Apple’s Server OS’s since the early days of AppleShare IP (Pre OS X). Of course once Mac OS X was out and solid I migrated my AppleShare IP server to Mac OS X Server. Mac OS X Server was always a separate OS purchase and usually a separate install. I have a Mac Mini Server at home that is still running Mac OS X Server 10.6.8. As Apple moved away from their Server business (ie. dropping XServe products) Mac OS X Server also seemed to offer less and less features. Since my current server did absolutely everything I needed I never saw a reason to go through an upgrade process to 10.7 or 10.8. I will probably keep that Mac on OS X Server 10.6 until it dies. While the home server is working fine, I recently decided to bite the bullet and install a Mac server at my photography studio. I bought a regular Mac Mini with the 256GB SSD drive. I upgraded the RAM to 16GB from Other World Computing. I also added the New Drobo 5D via Thunderbolt and an mSATA card for faster reads. The Drobo 5D will serve as the main storage for all my photos and other files on this server. I already had an old 19″ Samsung LED display that I wasn’t using and an Apple Keyboard from a previous system. The only thing I needed was a cheap mouse. I bought one from Amazon. I didn’t need this setup to look pretty since it’s going in a closet.

Mountain Lion Server is So Easy Next it was time to install Mountain Lion Sever. Now keep in mind that I haven’t done a Mac OS X Server install in years! I couldn’t believe how easy the process is now compared to what it was back then. Like Mac OS X, you now buy OS X Server (for a mere $20) via the Mac App Store. Once it downloads you launch it as an App in you Applications folder. From there you configure which ever services you need. For me my initial services were File Sharing (AFP) and DNS. At some point I may turn on the webserver and FTP access, but right now I just don’t need them. I’ll probably also setup my FileMaker Databases on this system to access them remotely. By the way, before this new setup I was using a Drobo FS (basically a NAS) to share files on my network. While Drobo did come out with a much faster Drobo 5N, I wanted to be able to run other Applications and decided to go with a Mac Server instead of just another NAS. My Drobo 5D has 5 3TB drives in it and I share it via OS X Server. I also took this opportunity to buy a new TrendNet 24 port “green” Switch to consolidate all my wired network connections to one switch. That also made a noticeable difference in speed with my exiting Drobo FS. Apparently I had a bottleneck somewhere in the 3 smaller switches I was using prior to the new one.

Why Drobo? Drobo certainly has had its share of both hardware issues and PR problems and several people I know have sworn off Drobo and moved on to other solutions. For the many years I’ve used Drobo (I had 4 of them before adding the new 5D) I’ve yet to have any significant issues. So I’m not quite ready to throw away my investment and buy all new gear based on the experiences of others. With that said, I don’t trust ANY hardware solution by ANY company to be perfect failure proof. With that said I have multiple backups of my data both on site and offsite via crashplan.com. If all my Drobos failed right now today and the data was unrecoverable (not likely, but still…) I’d be aggravated, but I wouldn’t have lost a single file that I couldn’t get back. On the positive side Drobo has gone through great lengths to make their products better and more stable. This new “5” series has several improvements to not only make them faster, but more reliable. For one they now have built-in battery backups so that if data was in the middle of a transfer and the power dies, the battery would keep the internal drive going until the transfer was safely completed. Lastly I still use Drobo for the reasons I first started using Drobo. You can put any capacity hard drives in the system you want and they don’t have to be the same capacity. You can replace a smaller drive with a bigger drive when ever you want without having reformat or even reboot. If a single drive fails your data is protected. I’m happy that I finally broke down and setup this new server. The speed is incredible. I’m also able to connect to it remotely via VPN, AFP or Screen Sharing. Since it’s a Mac I can also run apps on it and get more use out of it than a simple NAS.

25 Responses to Mountain Lion Server Is So Easy