Apple to Bring Back the Floppy Disk 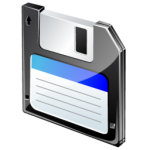 In a bold move today Monday, April 1st 2013, Apple has announced that they will bring back the Floppy Disk to not only their desktop and notebook line of computers but also their iPad line of tablets. Phil Schiller was quoted as saying “we still see life in the floppy disk and room for innovation.” Sources close to the company have revealed that Apple has once again partnered with Sony to produce the new iFlop™ drives and diskettes. Eye witnesses also report that Sony has already built more than 1 million units and they’re sitting in a warehouse ready to ship. Apple customers couldn’t be happier. One MacBook user was quoted as saying “It’s about freaking time! I was worried when Apple started moving away from optical media, but now my fears are gone. Once again we’ll have a cost effective and efficient method of moving data back and forth between not only our Macs, but also our iPads!” Apple has long been criticized for not having an SD card slot or USB port on the iPad for easy data transfer. Apple CEO Tim Cook says “It’s revolutionary, magical and beautifully designed.” With the new iFlop drives users will easily be able to transfer small documents to and from their iPads. The new iFlop drives will also be available as an add on to existing Macs and iPads as an external drive. You’ll be able to order an iFlop drive with both a USB and Lightning connection. While Apple hasn’t announced the new capacity for the new iFlop diskettes, we’re expecting them to be in the 2.8-3.0MB range, more than doubling the capacity of the old style 3.5″ floppy discs of the late 80’s and early 90’s. Apple isn’t expected to stop there. Macrumors.com has already exposed Apple’s plans to have a much larger capacity disk by the fall weighing in at a whopping 1GB. This new higher capacity disk, code named “big flop”, will be slightly higher in price at $19.99 per diskette, but for those needed to transfer “big files”, it’s a no brainer. AOL is rumored to be a major player behind this new direction, but declined to comment. I applaud Apple’s innovative thinking and recognizing that customers need a way to easily move data back and forth. You can pre-order your iFlop drive here. I’ve got two on order and can’t wait! 8 Responses to Apple to Bring Back the Floppy Disk