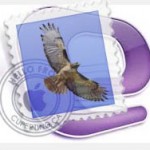 My transition from Entourage to Apple Mail…

I, sort of, hated to leave Entourage and Outlook 2011 behind, but it was a needed move…

For the past few days, i’ve been working on a change that I made an attempt to do in July of 2011. The switch from Microsoft Entourage to Apple Mail.

The attempt was so traumatic that it left scars. I ended up just updating my copy of Entourage 2004 to version 2008 and leaving Mail behind without a glance back. Here’s the link to that trial by fire.

There were/are so many robust features in Entourage (now Outlook 2011) and some even intuitive, that I can’t imagine why they aren’t in Apple Mail. A “Categories” feature being the most requested. But, I guess that’s the kind of thinking that doomed my first attempt to switch.

Nonetheless, my move to Mountain Lion was delayed due to my use of Entourage. And it was time to move on.

Support for Entourage has long since officially ended. I want and needed to not use one email program on my phone and another on my computer, and that required a switch to Apple Mail. I wanted a clean install of my computer OS, I’ve migrated the OS too many times. It was time for change everywhere.

So, how do I facilitate the change and not have the same outcome as in 2011? I had to change how I thought about and structured the switch and actually use Entourage to help with the completion of the switch.

Trying to work in Apple Mail the way I work in Entourage was the mindset that had to change. I rely heavily on “Categories” in Entourage. This feature allows you to group all kinds of things and view them at once. This feature is not in Apple anything, no matter how they try to spin it. Those few colorful flags does not a category make. The apps, Contacts, Calendar, Mail, do work together, but in all reality are separate apps, and you have to work with them within that constraint.

My first task was to get Entourage Address Book and Apple Contacts on par.
I’d spent so much time cleaning up my Contacts a few months ago that this task went very fast.

My second task was to create groups of Contacts that I needed to send group emails to.

In Entourage, I could easily create and easily add a category to a contact. It’s like assigning a keyword. I can assign multiple categories to any one contact. So, when searching for a particular keyword (category) this contact can show up in many searches. I can then create group mailing lists from the results of these searches.

In Mail, I could use the “Note” field in the Contacts template for adding (typing in manually, each and every time) a keyword. But I would be able to search for this keyword and create a Smart List from the resultant found group. Not nearly as graceful, but it works.

My third task was to export all of my emails over into Mail.

The last time I tried this under Lion, folders were exported, but many lacked the emails that were supposed to export with them. I think that was the straw that broke my camel’s back in 2011.

I hoped that the upgrades to the OS apps in Mountain Lion would negate me having that issue again. Though, if an Entourage folder doesn’t have emails in it (say you just deleted all of the existing emails because you didn’t need them, but more would be coming into this folder soon…) that empty folder will not be exported into Mail.

This time it worked fine and I was then able to set up my folder and sub-folder structure.

My fourth task was to recreate the hundreds of Rules that I had set up in Entourage to sort my emails. Having the folders structure in place made this task easier, because you can’t create a folder while you are creating a Rule, like you can in Entourage/Outlook.

My fifth task was to check everything over and over and over, until I was sure I hadn’t missed anything.
Even still, I’m sure there’s always something that you won’t remember until down the road. Just move on.

This time, I used Entourage to help me through every step of the way in this transition, instead of trying to work and create in Mail the way I worked in Entourage.

Checking to see that every Contact was in place, that email folders got exported/imported along with their emails, organizing my folder structure the way I was used to seeing it, making sure the important groups were created, creating needed email rules. Making sure it all gelled in Mail. I had to think about how I’d now get indispensable tasks done in a new way, but I think I have that under control.

I will miss the colorfulness of Entourage/Outlook. Mac’s monotone Mail—OS X color scheme is almost paralyzing.

So far, everything’s up and running fine, I’m getting used to Mail, and the clean install was the best choice; some apps even run a little faster, I’ve noticed.

7 Responses to The Switch Finally Sticks…