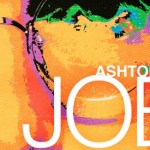 Last night enthusiastic movie patrons and surely Apple fans and users, packed the theatre and were treated to a special preview of the movie “Jobs” starring Ashton Kutcher, at the AMC Star Southfield 20 complex.

As expected, a strong contingency of MacGroup-Detroit (Michigan’s largest Apple User group) members were present,  some making special trips just to be there.

All I spoke to after the movie was over expressed that they did enjoy the movie, and that they had also read the Jobs biography.
As movies often are, they can’t tell the whole story or go into too much detail within their limited time frame, so if you do enjoy the movie, but haven’t read the biography by Walter Isaacson, I advise you do. It’s a fascinating read with the good, bad and ugly laid out for you.

Curled up with my iPad, a cup of hot cinnamon tea and a blanket, it was very hard to put the book down once I got started.

Have you seen the movie?
If so, did you enjoy it? Yes/No?