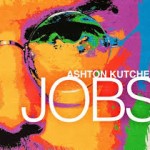 I was really sure what to expect going in to see the new “Jobs” movie. So I approached the movie with no expectations. I hadn’t really paid much attention to the trailers or stuff that was written about it before hand. I wanted to see how they were going to pull this off. After all trying to condense the life of Steve Jobs and the history of Apple into a 2 hour movie is almost impossible and no matter what angle you take you’re going to have criticisms from people. Although the movie opens up with Jobs introducing the iPod at an internal Apple town hall style meeting, the movie quickly takes you back to when Steve was in college (or dropping out of college) and goes up from there. Being an old time Apple user starting with the Mac in 1984 I knew a lot of this history already. Also knowing and having spent time with Apple co-founder Steve Wozniak, I knew a lot of the little known facts about Apple and both Steve’s. This made it difficult at times to sit through the movie because I knew a lot of the scenes really didn’t happen that way and were simply for dramatic effect. With that said, it was still entertaining to watch for the most part. After all it is a “movie”. The acting was “ok” and the characters seemed to have the looks and mannerisms down.

Why many are having a hard time with this movie

After I got home I was sharing my thoughts about the movie with a much younger friend. He’s a graphic designer and I told him to go see it as he would relate to it from a “design” and passion stand point. He went to see it on opening night (I had seen it a day earlier) and he texted me at the end to say “we are clearly from two different generations.” While I could relate to the movie having live through those early Apple and personal computer years, he had not. He was a very young child when the Apple II came out. Although his family actually owned an Apple IIe it was many years after it had come out. No, in fact he relates to Apple from the “iPod” years as most of today’s youth does. Ask most people today that aren’t in the computer field or geeks about Apple and they’ll immediately have thoughts of iPhone, iPad and iPod. Maybe to some extent MacBook/iMac, but that’s about it. They don’t relate well to Jobs’ early years because they were simply too young at the time or simply don’t care. By the way when my friend went to see the movie on opening night in the Chicago area, he said there were like 5 other people in the theater and they were all his age. Also all with the same look of disappointment on their faces that the movie wasn’t more about recent Apple history. Opening weekend didn’t look to good overall.

Why I had a hard time watching the movie at times

As I said earlier I had no expectations, but with that said, I found it hard to watch at times simply because this was a movie about an iconic figure that is no longer with us today. The fact that we lost Steve Jobs to cancer saddens me. I loved his passion, vision and love for innovation. His company’s products changed the world and I fear that we’ll slip back into the tech comma that we were in for so many years. Watching this movie was a painful reminder of this for me. Sure Apple will continue to update existing products like iPhone, iPad and Macs and the competition will always be there to one-up them, but it will be interesting to see if any new products will once again “change the world”?

Should you see the Jobs movie?

That all depends on what you’re looking for? If you’re looking for a peek into the early life of Steve Jobs and Apple then I’d say yes it probably worth a watch. If you’re younger and looking for a look at how Apple invented the iPod, iPhone and iPad, then you’re going to be disappointed. Either way the movie is probably going to leave you wanting more as no single movie can cover it all.

Check out Apple Co-Founder Steve Wozniak as he talks about the early days of Apple. Woz himself was very critical of the Jobs movie.

One Response to My “Jobs” Movie Review