Why I recommend that iPhone users backup to iCloud 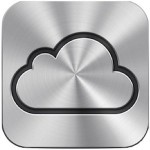 If you’re a Mac users chances are you backup using Time Machine. It’s a no brainer. It happens automatically in the background and you never have to think about it. If have a hard drive problem or accidentally delete a file some day, chances are you’ll be able to easily restore from your latest Time Machine backup. When it comes to iOS devices you have a choice. You can either backup via iTunes (via a USB cable or WiFi) or you can backup to iCloud via WiFi. When I help new iPhone users setup their devices I always turn on iCloud backup. Since you get 5GBs of free storage on iCloud and it will backup your valuable data from your iPhone (iPad or iPod touch) automatically each day as long as you’re on WiFi, why not? I have had friends come to me in the past after it was too late. Something happened to their iPhones (they got wet, dropped, stolen, etc.) and ended up getting a replacement. The problem was that these folks had no current backup. They lost all the recent photos they took. They lost their SMS messages, new contacts, etc. etc. Had they been backing up to iCloud, they would have been able to restore from “last night’s backup” wirelessly onto their replacement iPhone. Backing up to iTunes is fine as long as you’re going to be diligent about doing it. I rarely plug in my iPhone to my computer anymore and while iTunes will do WiFi sync, it’s usually hit or miss and requires the computer to be awake and iTunes to be running. However, with iCloud backup it happens for me every single night as long as my iPhone is on, plugged into the charger and on my WiFi network (which is every night).

If you like the convenience of Time Machine for your Mac backups then I’m guessing you’re going to like that same convenience when it comes to iCloud backups. It’s built-in to your iOS devices and you have 5GBs of FREE space on iCloud, so why not? By the way, you can still occasionally backup to your Mac using iTunes. You can switch back and forth. I backup to iTunes when I’m about to upgrade to a new iPhone simply because the restore will be faster. Once I’m up and running on the new iPhone I switch back to iCloud backup.