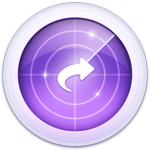 Last week saw the release of iOS7. Download glitches were the rule on the day of release. The servers bogged down as so many tried to upgrade their various iDevices. Yes, I was one of them. My plan was to install on my 4th gen iPod touch to start with, but it didn’t make the cut. The iPhone 4, which was released before the touch made the cut, but only the latest touch was included. Back to the drawing board.

After updating all apps and creating an encrypted backup, I went ahead and installed it on my iPad mini. The upgrade went well on the third try. (Overloaded servers!) I tested just about every app on the iPad, and after having only one game freeze the system (a buggy game to start with), I went on to upgrade my iPhone 4S. Both are running well.

So, what disappointed me? The promised AirDrop. While it works on my iPad mini, it seems that my iPhone 4S is too old. Worse yet? It only works between iDevices. It can’t be used to transfer files from iDevice to computer. Now, I’ve used AirDrop a lot to transfer files from my iMac to my MacBook or MacBook to my iMac. Seriously? No iDevice to computer? Instashare to the rescue.

I guess the thing that frustrates me is that Instashare has had no problem transferring from iPhone to iMac to even Android. If Instashare can do it, Apple should be able to do the same. It’s fast and easy to use. Open the app on both ends. If you are on your computer, drag the document to the menubar icon and locate the device you want to receive, then drop. If you are on your iPhone or iPad, locate the document you want to transfer from one of the bottom tabs, select it and drag and drop on the appropriate device icon. Simple. Cost? The iOS version is free ($.99 to get rid of ads) and $2.99 for the Mac version.