Not my Trackpad! Reading Faster Is About To Get A Little Faster: Spritz

What Happened to “At-A-Glance?” 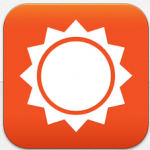 In Some Cases, Icons Should Still Rule

Honestly, I’ve found that letting apps auto-update is not always best.
The problem is that we consumers never know what the developers have in store for us.

There are the “minor bug fixes.” And, then there are the “new and improved user experiences” that turn literally into “WTF” moments.

I turned off the auto-update feature on my iPhone after CardStar was updated with it’s new and improved user experience. The old CardStar was just wonderful. I didn’t have to carry around all those rewards cards on my keyring. I input the reward card info into the CardStar app, showed it to my retailer when I needed to, the info stayed there on my iPhone just for me.

New and improved CardStar held our card data captive and hidden unless we created an account and gave out our personal info, that then put users at the mercy of third party retailers. OK, lesson learned. Now, I just take a photo of the rewards cards. That method works just as good.

So, I usually wait before manually updating apps now. I may even go as far as reading the reviews first.
But, it didn’t occur to me that my favorite weather app would be revamped from a 10 to a zero.
Really? Deep sigh.

Knowing what the weather conditions are going to be is one of the most important pieces of information of my day. Right now most of the northern United States is gripped in an “Arctic Vortex.” To say that “it’s cold outside” is putting it mildly; this is truly hibernation weather. But, in turn, I also want to know the weather conditions of intended vacation destinations, because I am so through with this cold that it’s time to unthaw my toes and fingers and go off to someplace warmer. With weather in mind, my favorite and most accurate weather app has been the AccWeather app.
So, who knew that the recent “new and improved user experience” update of the app would cause me to completely delete it from my iPhone.

And this is a issue that I’m seeing with more and more apps.
I get that they are following along with the iOS7 interface.
That new interface design took a little getting used to, also.
But not all apps are implementing the design as well.

Some apps interfaces are moving away from the quicker “at-a-glance” gathering of information with larger very distinct icons and text and are now placing more text in their interfaces and making icons smaller; thus making users read and/or scroll the content.
Also, sometimes there isn’t a good delineation between content and it all seems to flow together.

The new and improved version of the AccuWeather app seems to fall into this grouping.
It starts off with a 5-page tutorial, that you may need to swipe through because there is so much swiping. tapping and scrolling to be done with the new and improved interface to find information that used to be right in front of you, that you will need the tutorial to remotely figure your way around. Well, I initially skipped over the tutorial. Who needs a tutorial to view a weather app? Really? Turns out, I did.

Skipping the tutorial, I was presented with a mostly blank first screen. Where was all the data? I tapped the screen and didn’t get much. It wasn’t until I started scrolling and scrolling did I find the other content. Then, more tapping.
To me, the new and improved interface was anything but that, and too visually cramped.

I tried to like this new and improved version, because I loved the older version.
But being able to see the information once I opened the app, at-a-glance, from the first screen, is a no-brainer.
The Weather Channel app, and Apple’s own weather app have moved up a notch.

Now, I use the ‘Update” indicator as a warning signal to first suggest “what have they done to my favorite apps?”
I know that sometimes, I won’t be able to get around updating my favorite apps. And with some, I’ll just have to say goodbye.
But with that, auto-updating still remains turned off and I’m even reading reviews of the apps I thought they couldn’t screw up.