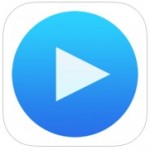 My home office is a disaster area and I freely admit it. I can lose things on my desk faster than anything you’ve ever seen. I could blame it on old age, but it would be a lie. Truth be told, I’m just a tech packrat. Sitting on one shelf with my DVDs is a set of instructional DVDs for Adobe InDesign 2. Not InDesign CS 2 which was released in May 2005, but InDesign 2 which was release in January 2002. Get the picture? If I ever find the time, I’m going to have to get tough and trash a bunch of stuff.

Anyway, it seems that the little silver remote for my Apple TV decided to go into hiding. I dug through the debris pile that is the catch-all left side of my desk, found a couple of missing iDevice cables, one cable adapter, but no remote. Rats!

I finally remembered that Apple has an iApp Remote, so I downloaded it to my iPod touch. Set-up was a snap, thanks to a short but sweet article on the cnet.com website. Rather than rewording or plagiarizing cnet, just go read the article. Now that I have the app set up on my iPod, I’ll probably set it up on my iPhone and iPad, too. Just in case I can’t find the iPod. I figure that by the time i do that, the actual remote will magically reappear.